The a-Tanani family (the parents)

The a-Tanani family (their children)

Testimony of Taher al-Madhun, 28, whose father and his first wife were killed in the incident:

Until Israel bombed our house, I lived in an apartment in a building in which my father, ‘Abd a-Rahim, 63, his first wife, Halimah, 66, my mother, ‘Aliaa, 47, who was my father’s second wife, and my sister Maryam, 25, also lived. I have a brother, Qusai, who’s studying in Egypt, and another sister, Hanin, who’s already married.

After the war started on 10 May 2021, we constantly heard Israeli airstrikes and learned about people killed and wounded. Our area was relatively quiet. I kept going to work as a physician at the Indonesian Hospital, which is 300 meters away from our house. We kept following the news and events.

On 13 May 2021, at around 11:30 P.M., I was sitting in my room. My mother and my sister Maryam were at my sister Hanin’s. She’s also a doctor, and she was due to give birth. About an hour later, I heard people shouting outside and unusual movement on the street. I went to the window overlooking the main street of Beit Lahiya from the south, and saw men, women and children running along the street. Some of them were carrying clothes, and it looked like they were running from home. I went and woke my father up right away. I was about to go outside to see if we needed to evacuate, too. As soon as I opened the door, there was a strong blast and the stairs crashed. I went back inside immediately. My father and his wife Halimah were standing behind me. We were trapped in the apartment.

I thought the bombing had ended, but a few minutes later, another missile landed on the house. The concrete and the walls fell on top of us. We recited the Shahadatain prayer. The door fell on me and shielded me from the debris and the concrete. My father and his wife were next to me, completely covered in rubble. At first, I could hear my father’s voice, but after two minutes, he fell silent. His wife Halimah told me he had been killed.

I managed to call my cousin, and he called the Civil Defense and told them our house had been bombed. They arrived about half an hour later. I heard them ask if anyone was alive. I answered yes and that we were having a hard time breathing because of the rubble, smoke and dust. It took an hour until they managed to pass an oxygen tube to me, which helped me breathe, and another three hours before they managed to get me out. They took me to the Indonesian Hospital, where I had tests and X-rays. It turned out I had four fractured ribs, a tear in the right lung, and hemorrhaging in the lung membrane. I also had contusions, bruises and scratches all over my body. The tests showed I had torn muscles, too. I was in the ICU for a week.

The bombing of our house ruined my life. I feel huge sorrow over my father. I came back here only less than a year ago, after leaving my father for seven years to study medicine in Egypt. When I was discharged from hospital, I went to my uncle Rizeq al-Madhun’s house in Beit Lahiya. I’m still suffering from contusions and fractured ribs. It’s been very difficult emotionally to deal with all of this. I was supposed to get married after ‘Eid al-Fitr. I had already fixed up the apartment. I worked every day with my father to get it ready and prepare for the wedding. Now, I’ve now canceled the marriage ceremony.

We lost everything. The apartment I built cost 20,000 USD. The value of the rest of the apartments that were destroyed comes to about 150,000 USD. My father also had merchandise worth about thousands of dollars in the storage rooms, and it was destroyed. We’ve also lost our school report cards, academic degrees, distinction awards and personal photos from our lives. Also, three of our laptops were destroyed. They had all the pictures from my brothers’ and my studies at university in Egypt. They ruined everything we had. Now we have nothing.

My whole family is scattered and exiled. We’re looking for apartments to rent and live in. We’re buying new clothes and furniture. It all costs a lot of money. We’re starting life all over again. It’s bitterly difficult. We lost our father and his wife, and the building we lived in, which we had built bit by bit. They destroyed it in one instant, at the push of a button. 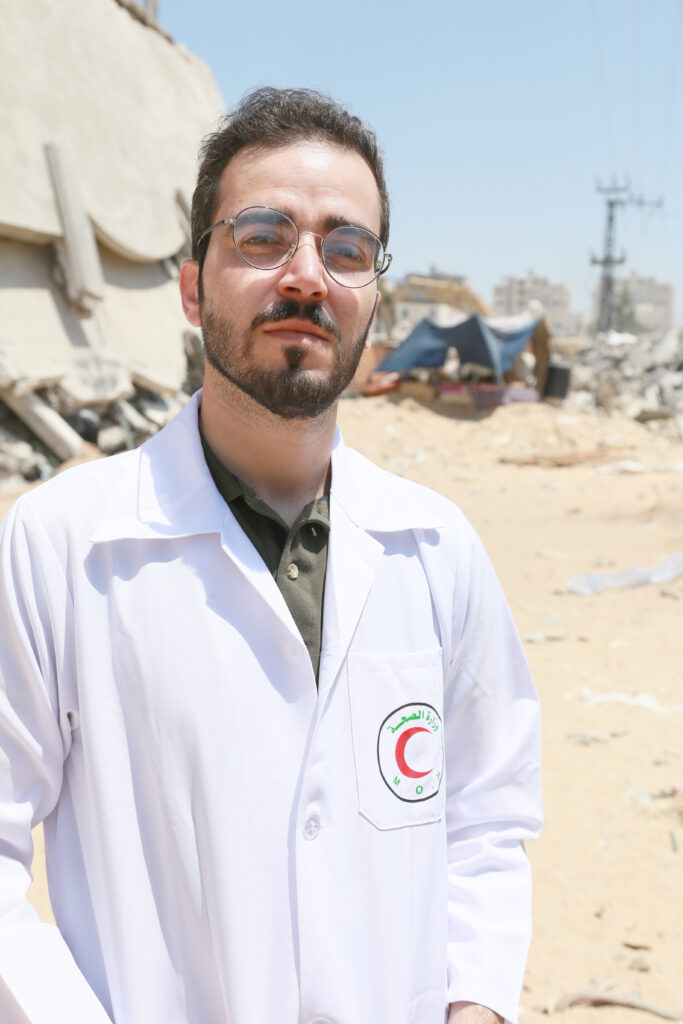 As soon as I opened the door, there was a strong blast and the stairs crashed. I went back inside immediately. My father and his wife Halimah were standing behind me. We were trapped in the apartment. I thought the bombing had ended, but a few minutes later, another missile landed on the house. The concrete and the walls fell on top of us.

Testimony of Hatem a-Tanani, 30, father of two who lost his brother, sister-in-law and four nephews in the incident:

My brother and his family lived on the third floor of a three-story building.

On Thursday, I was visiting friends at Jabalya Refugee Camp. A friend of my brother Raafat’s called me a little before midnight and asked me to call Raafat. There were bombings all over the Gaza Strip at the time, and he was worried something might have happened to him. I called my brother right away. Raafat answered, and I heard him shouting, “Help!” I got up and ran towards his house. I kept talking to him as I was running. I told him: “Don’t worry, I’ll be there in seconds.” He said, “Help!” again. Halfway there, I heard a several very strong blasts. The call with Raafat got cut off. I tried calling him again, but he didn’t answer.

I got to a-Ribat Mosque, which is 500 meters away from Raafat’s home. There was dust everywhere. I took my shirt off and wrapped it around my face so I could go on. When I came close, I saw his building was nothing but rubble and stones.

I went towards it. People were running away from there, and I passed by them. I stood on the rubble and couldn’t recognize my brother’s building, because everything was in ruins. I heard voices below me. Then, some paramedics and Civil Defense people came. Everyone who was there tried to help, and we all tried to find survivors under the rubble. I started looking. We found the al-Malfuh family. There were six of them. We got them out, and they were okay. I heard another voice. I felt relieved because I thought it might be Raafat and his sons. It turned out to be the al-Madhun family. There were two martyrs there.

At 3:30 A.M., we stopped searching and walked about ten meters away from there. I spoke to the Civil Defense people and told them my brother, his wife and their sons were still under the rubble. I started looking for them in the fields near the house, but I couldn’t find anyone.

I went to three hospitals in the area. I thought I might find my brother and his family there, but they weren’t there either. I talked to my parents and told them everything was okay, that Raafat was next to me and that he was okay. At around 5:00 A.M., I went to my sister Asmaa’s (36). Her house is close to Raafat’s. When she saw me, she hardly recognized me, I was exhausted and covered in dust and dirt. I didn’t tell her Raafat had been killed, but just told her to pray for him and for his family.

In the morning, I went back to the wreckage of Raafat’s house and looked for them everywhere, but to no avail. I went home to my parents. I still didn’t tell them we couldn’t find Raafat and his family. We had breakfast, and then I went to Raafat’s house again and met some relatives there. I was physically and mentally exhausted. I sat down far from the house and called the Civil Defense. They came with special equipment for locating bodies and started working. I was there with friends and neighbors, and we looked for the bodies.

We were there all day, and we didn’t find the bodies until the middle of the night. They took out the body of my nephew Amir. I picked him up and put him in the ambulance. Then we pulled out Muhammad, then Isma’il, and in the end, Adham. When we found them, Raafat had his arms around Isma’il and Amir, and his wife Rawyah had her arms around Muhammad and Adham. Then we took out Rawyah’s body. It was dismembered. I got a tarp, and we got her out. She was three months pregnant. I carried her to the ambulance. Finally, we got Raafat out. His body was removed in two stages, because it was also in pieces. Everyone was taken to the Indonesian Hospital.

The next day, I went to the hospital with my father. The medical team there prepared the bodies of Raafat and his family. I wanted to help them. I took the pieces of Raafat’s body and wrapped him up. I did the same with the little kids. My father gathered Rawyah’s body parts and wrapped her. I held the pieces of the martyrs’ bodies and recited, “Allah Akbar”.

We put the wrapped bodies in an ambulance and drove home. I laid the bodies of Rawyah and the children in front of my mother and sisters, but I couldn’t place Raafat’s body in front of them. I left him in the ambulance. I took my mother to say goodbye to him. She screamed and cried. Her state was indescribable. In those moments, I stayed strong so my family wouldn’t fall apart, especially my father and mother.

I went to the cemetery. The family stayed home. I put Muhammad’s body next to his mother, and Adham’s next to his father, and Isma’il and Amir together. I went home shrouded in sadness. I was hoping I would cry, but I couldn’t. We lost a whole family that did nothing. The Israeli army bombed them, and they turned into dismembered bodies.

Raafat was the eldest brother, and he was always good to us. He was a humble man, and his family was a beautiful, easygoing family, and we loved them so much, I can’t put it in words. His sons came over every day and always wanted to be with their grandparents. Raafat was a person who gave so much of himself. He helped my parents and never said no to them.

We were there all day, and we didn’t find the bodies until the middle of the night. They took out the body of my nephew Amir. I picked him up and put him in the ambulance. Then we pulled out Muhammad, then Isma’il, and in the end, Adham. When we found them, Raafat had his arms around Isma’il and Amir, and his wife Rawyah had her arms around Muhammad and Adham. 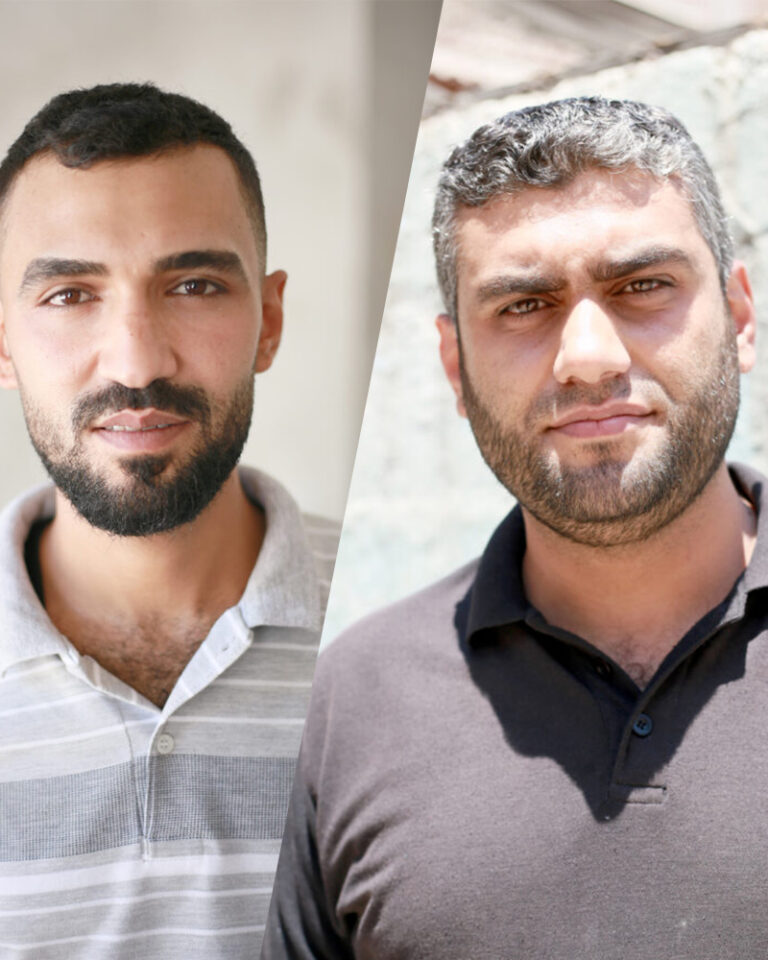 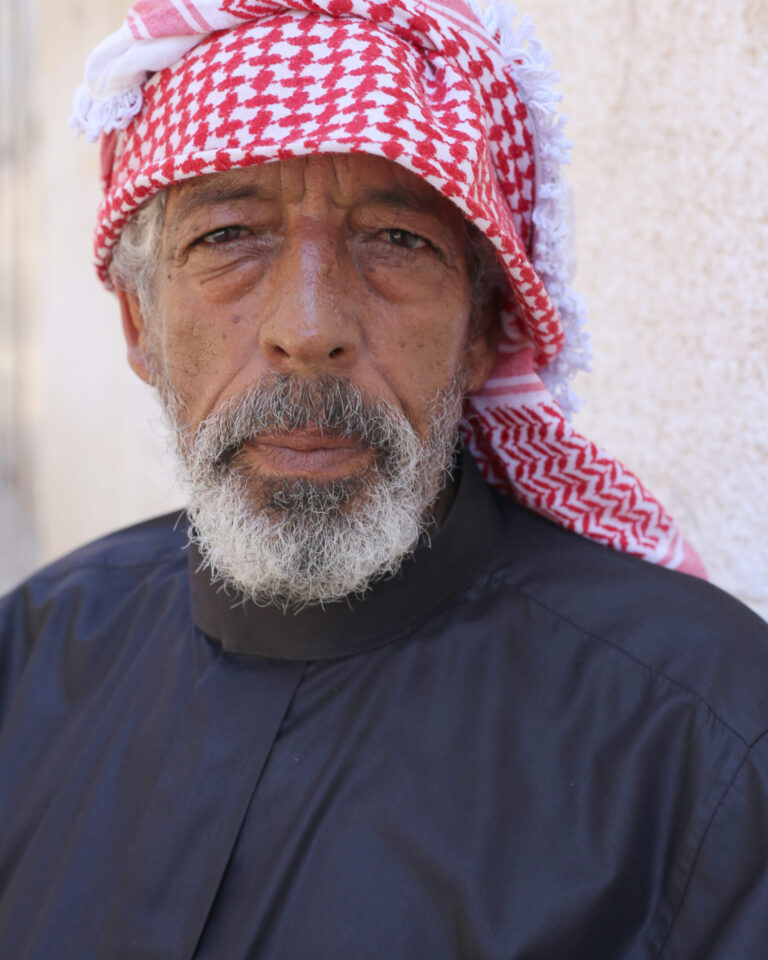 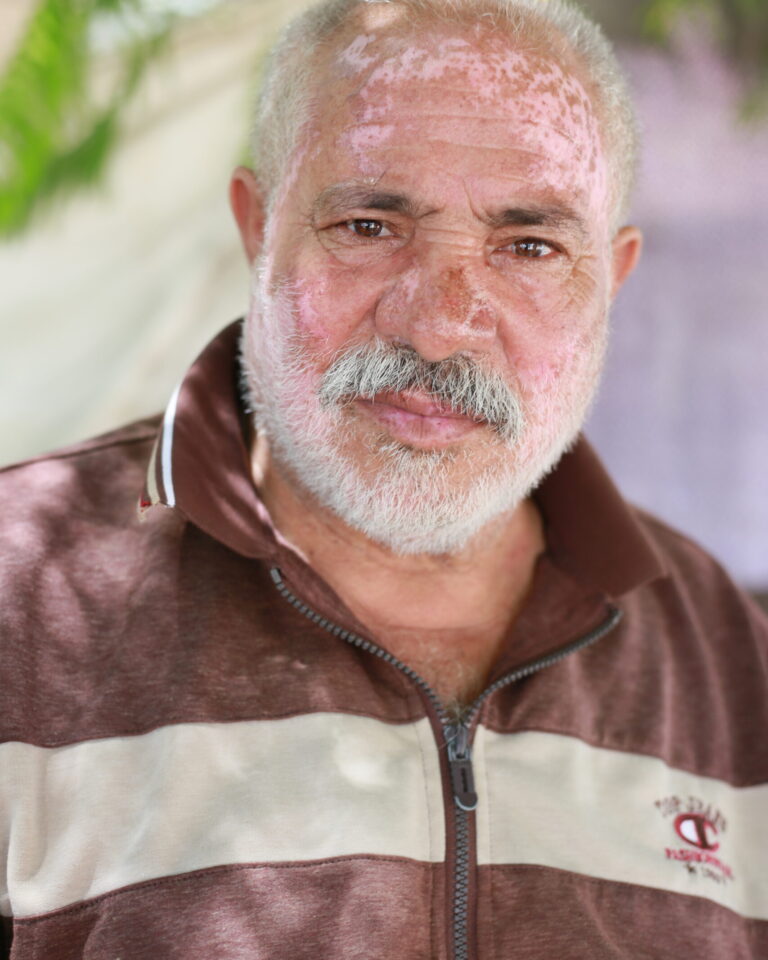 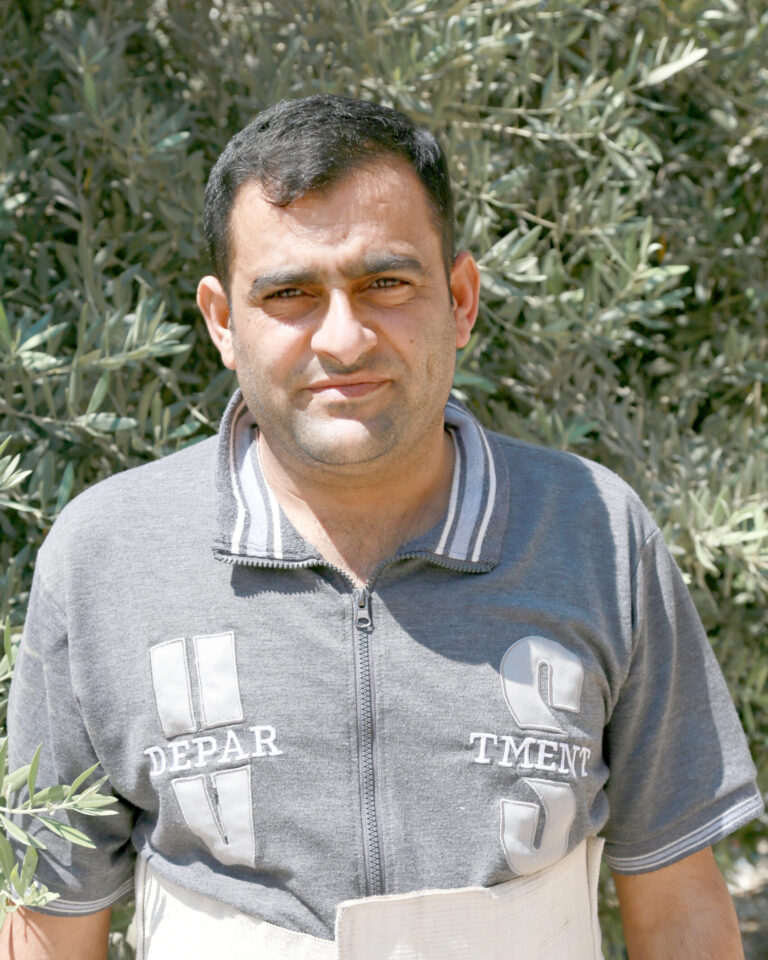 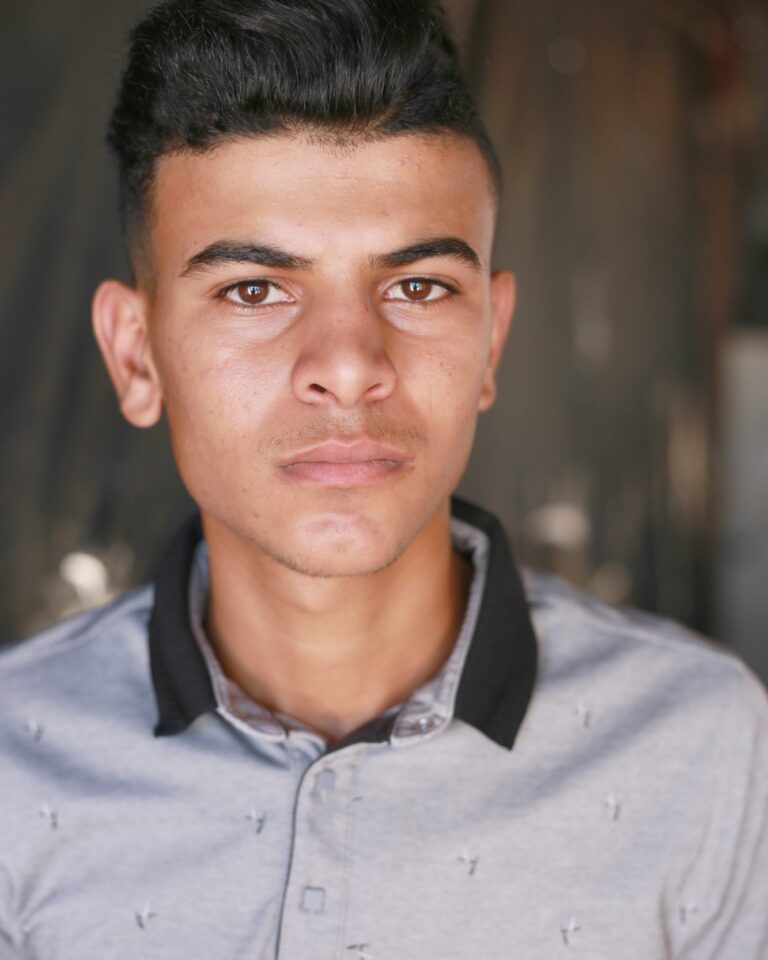 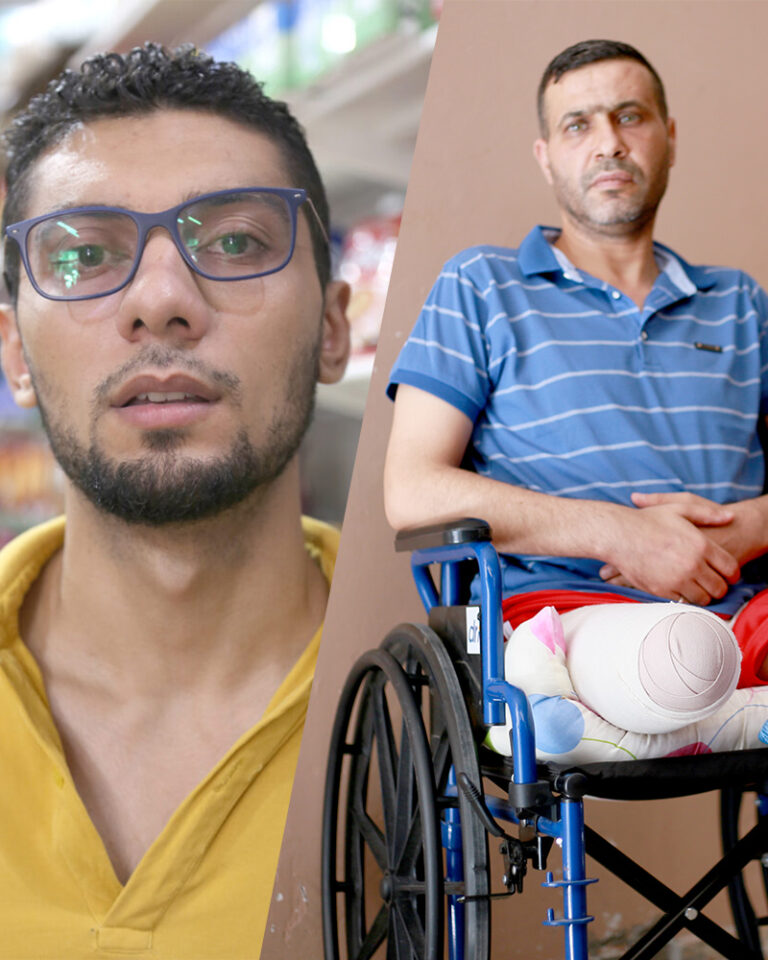 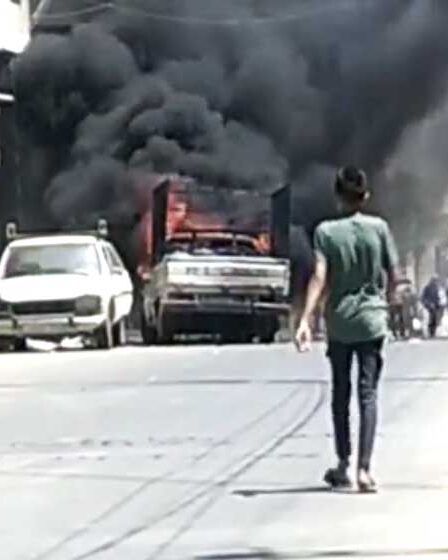 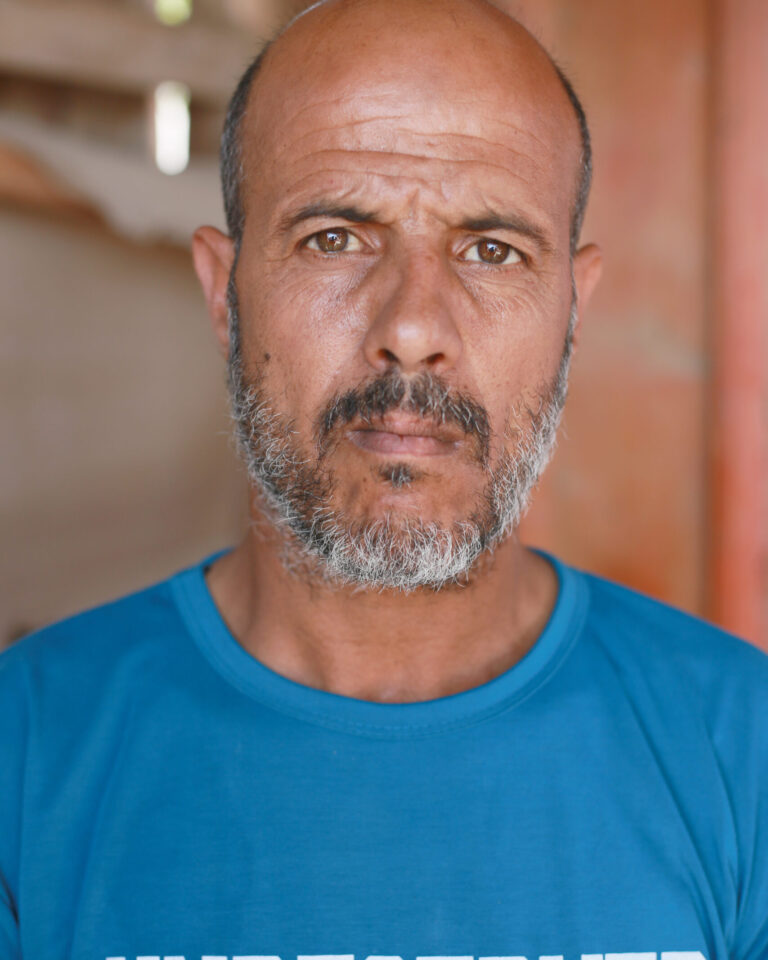 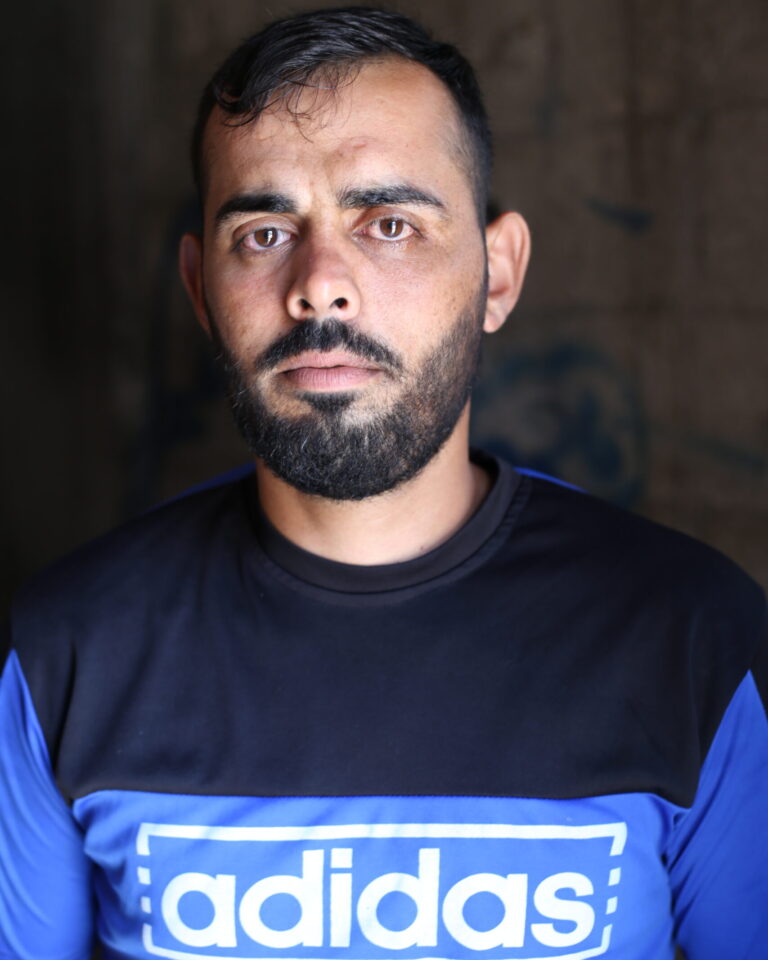 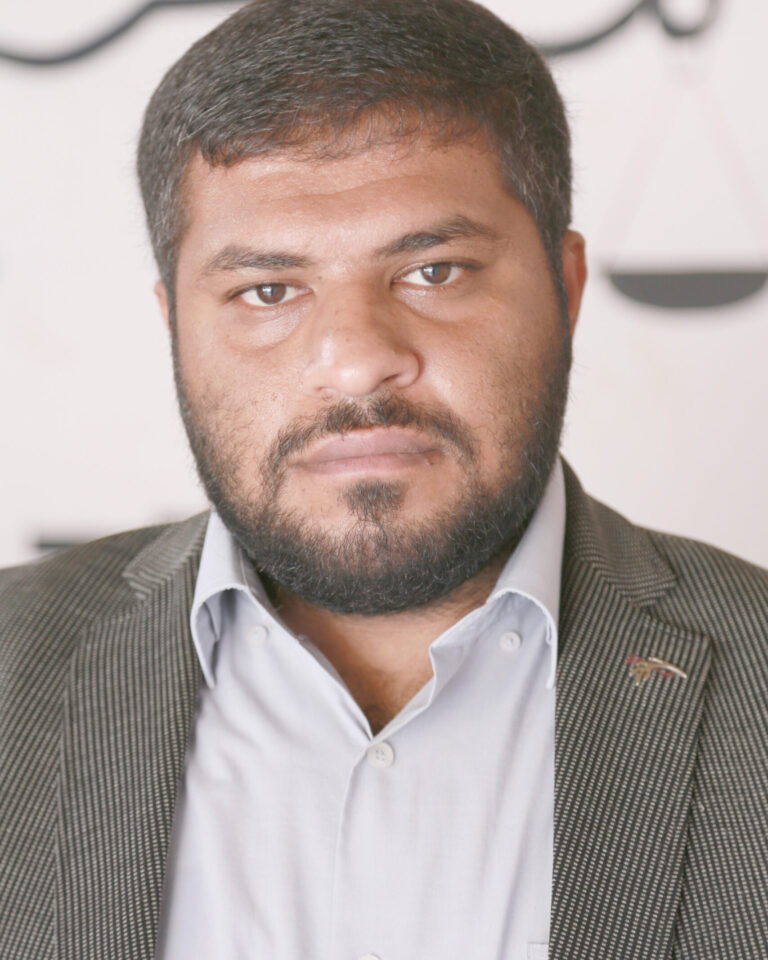 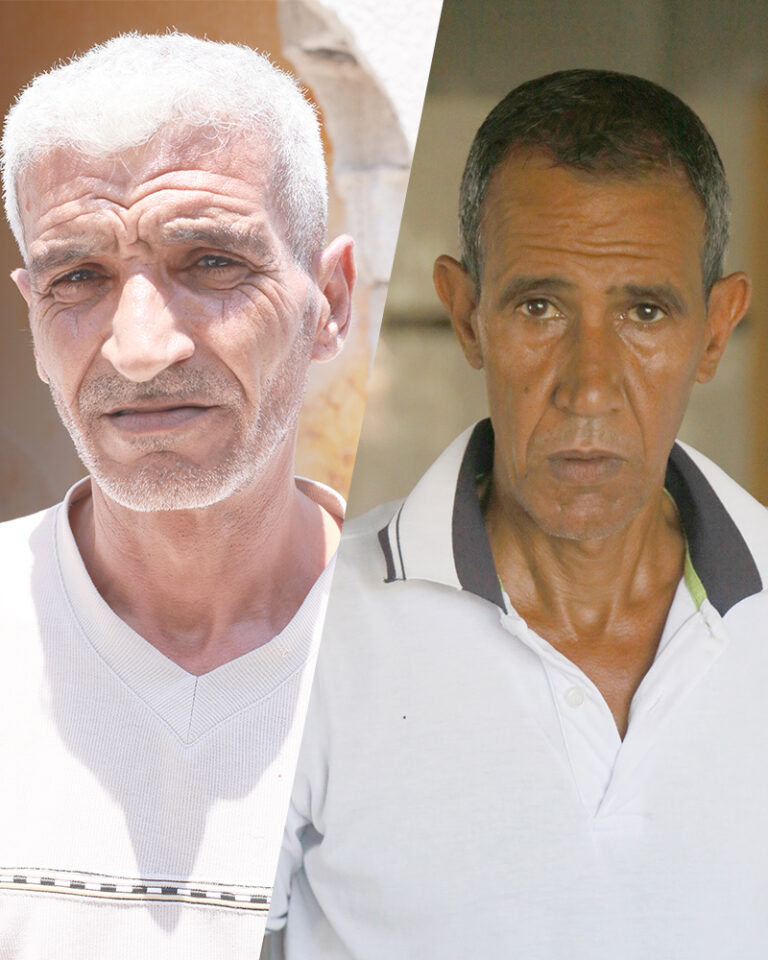 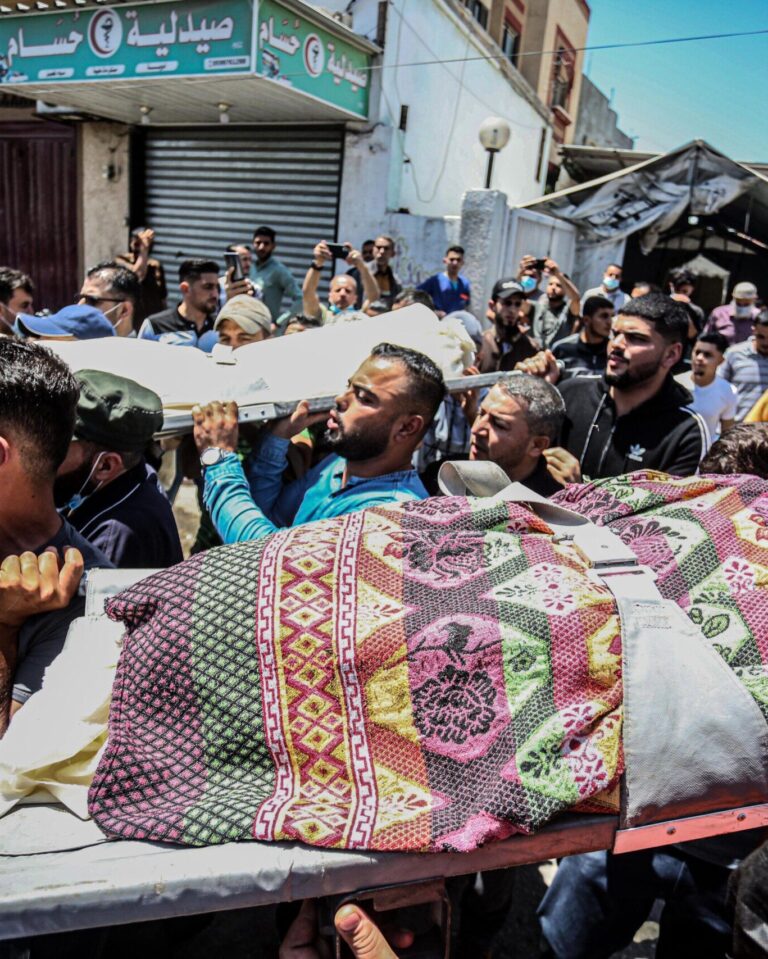 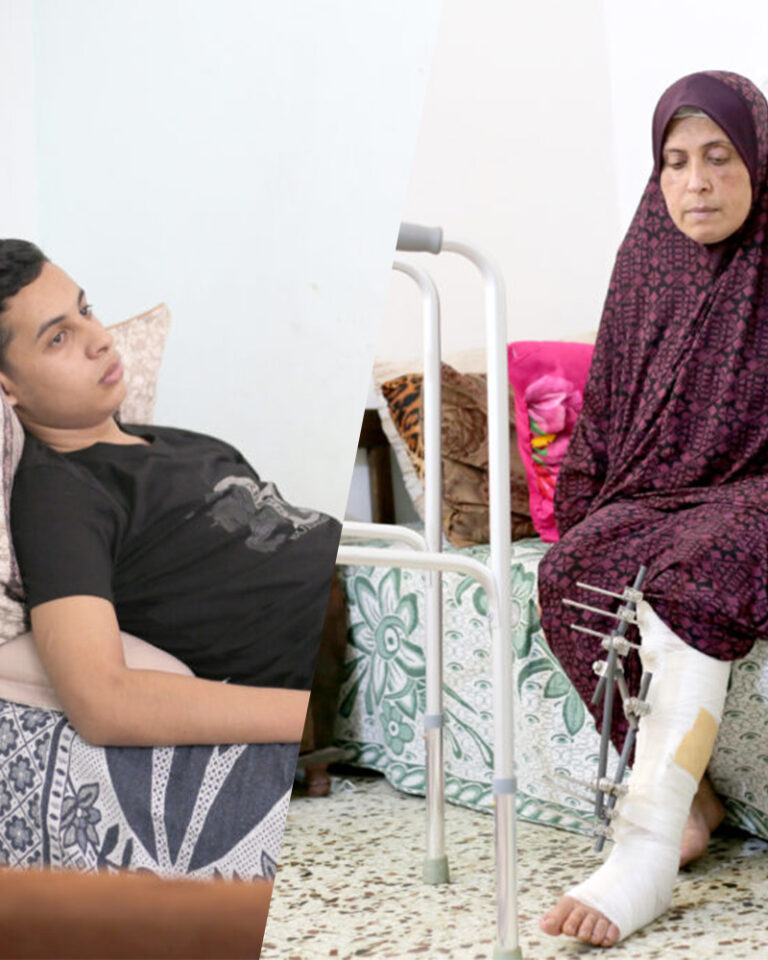 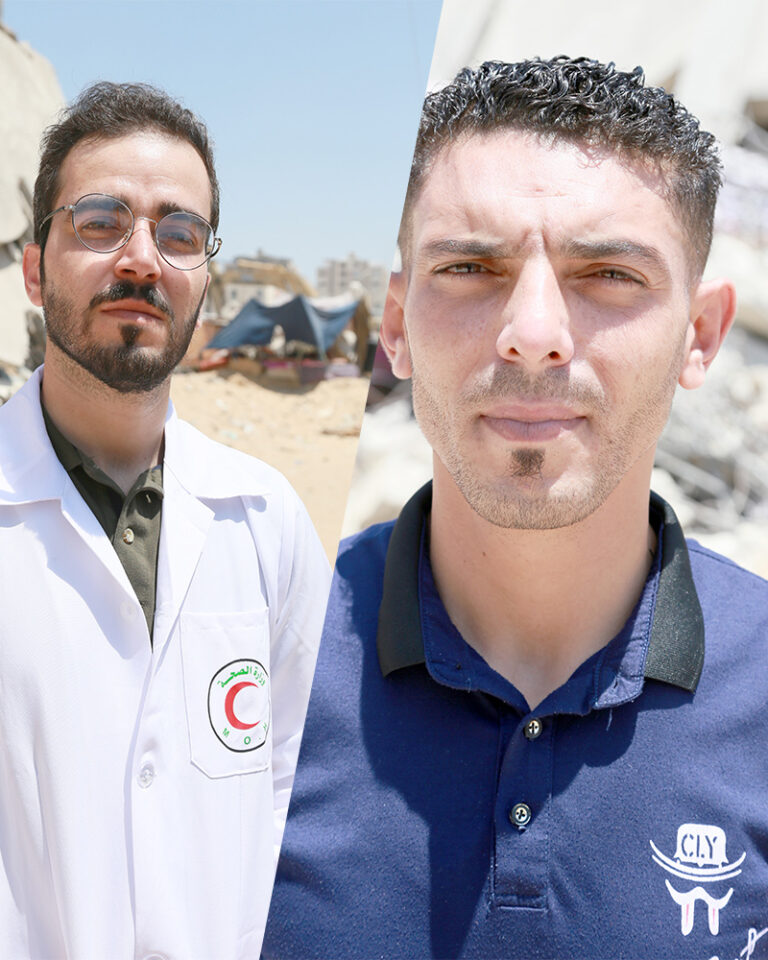 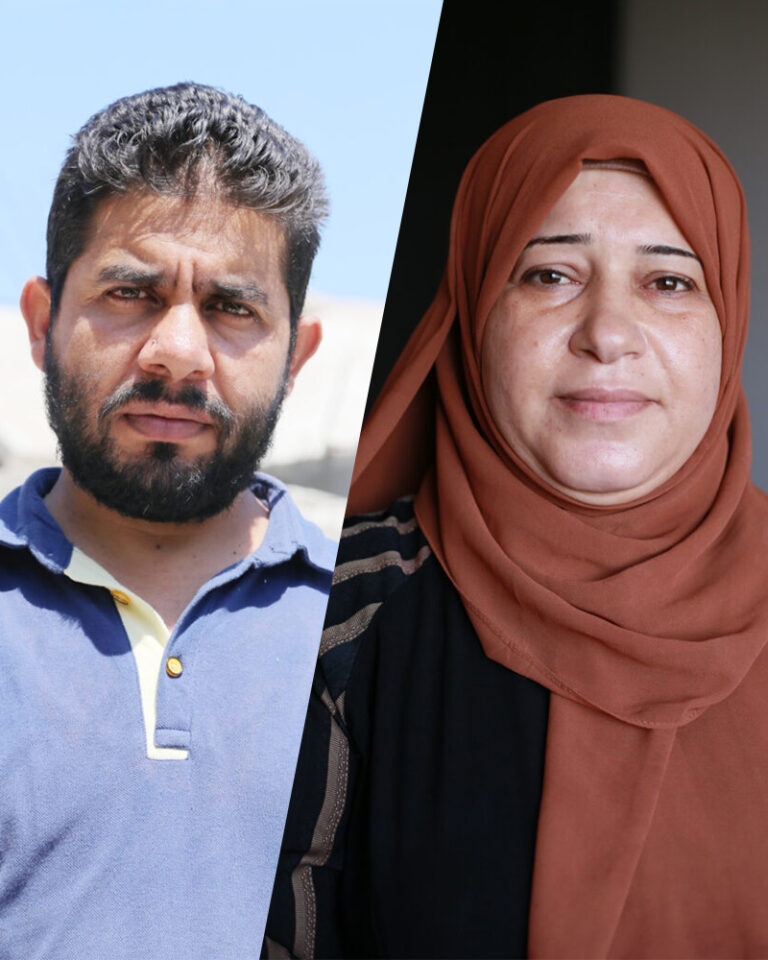 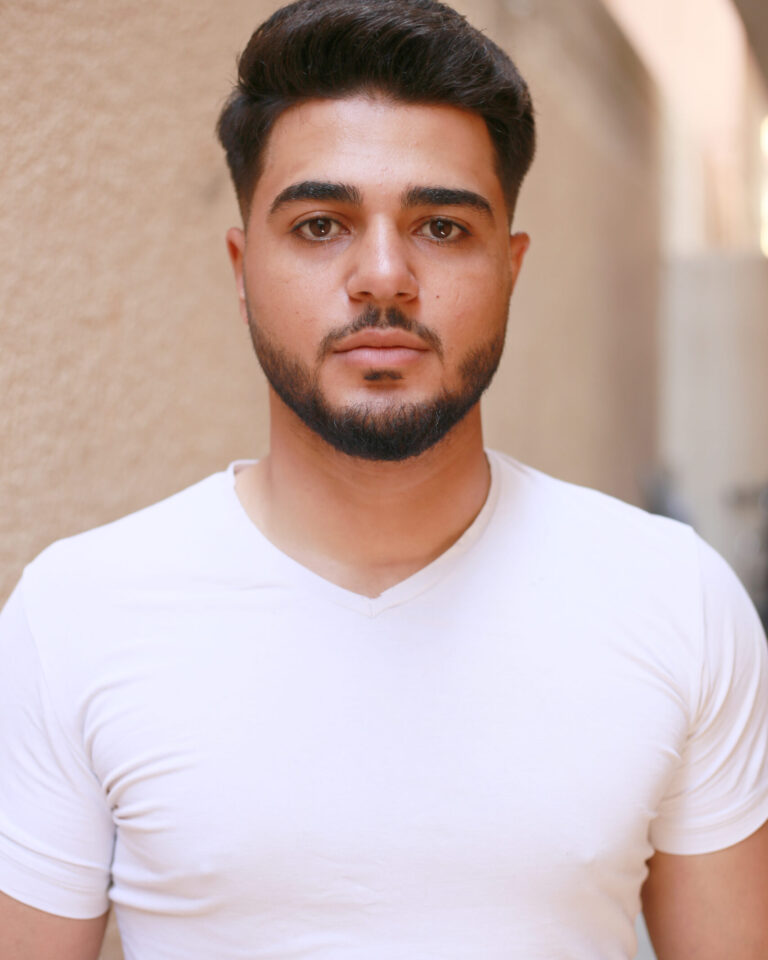 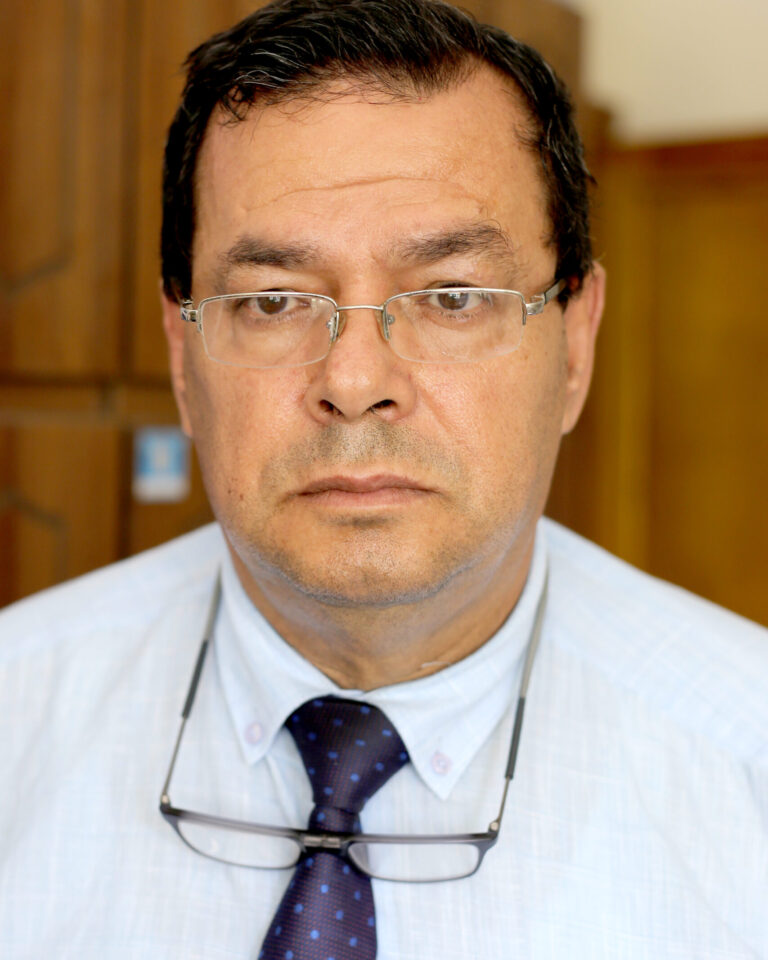 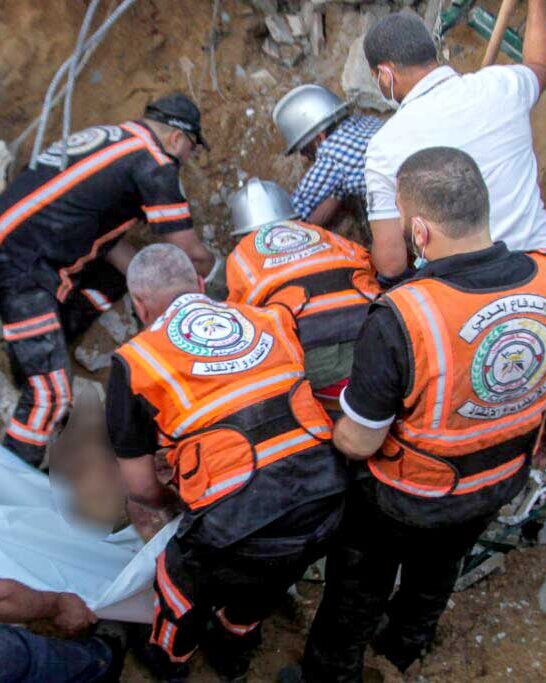 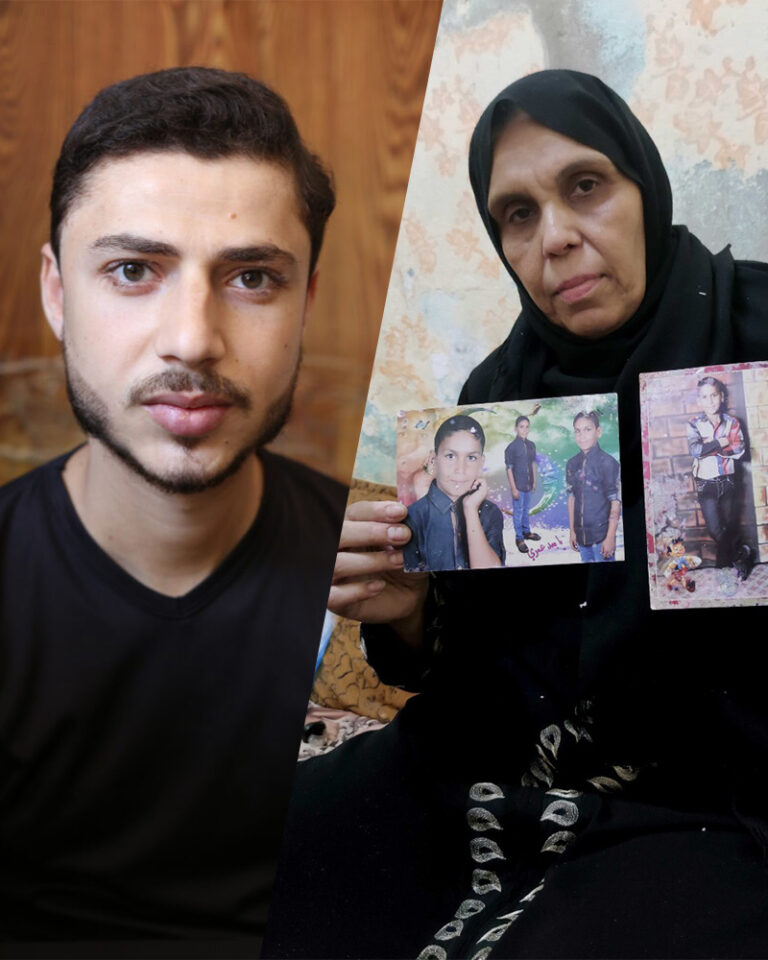 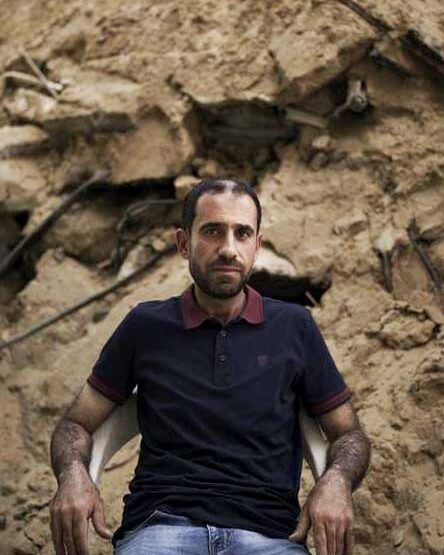 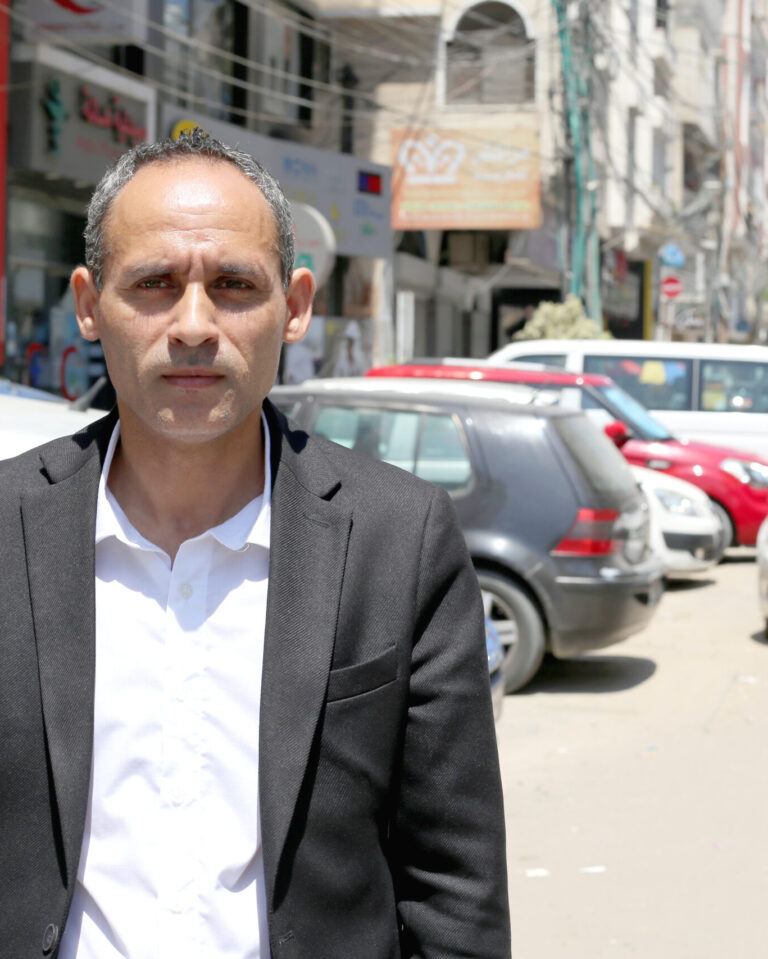 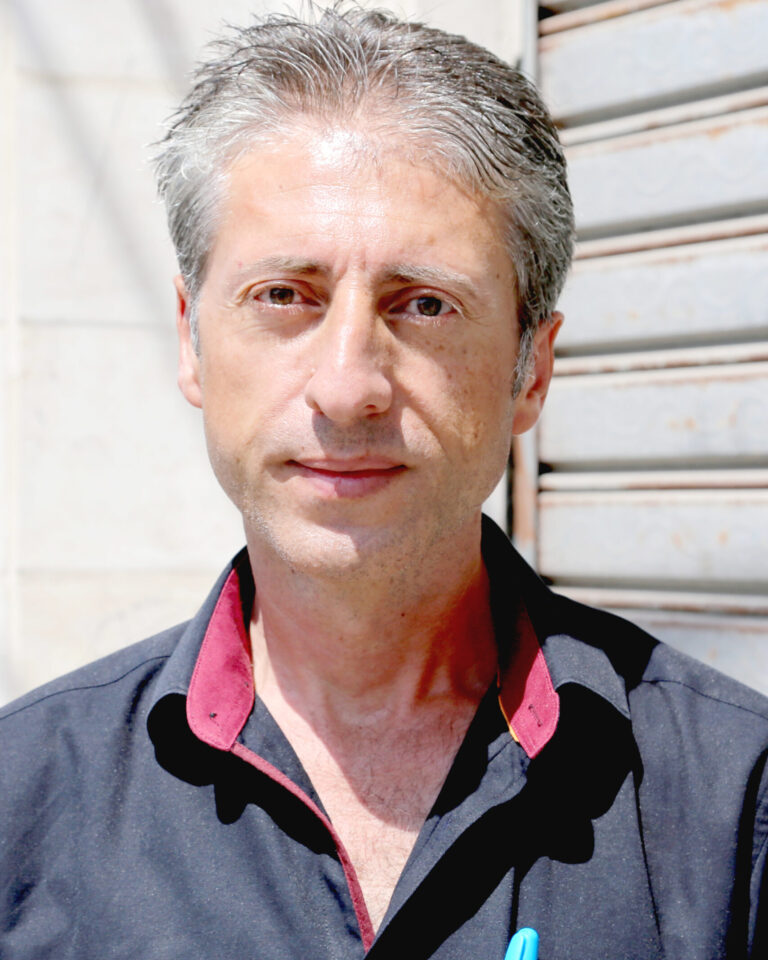 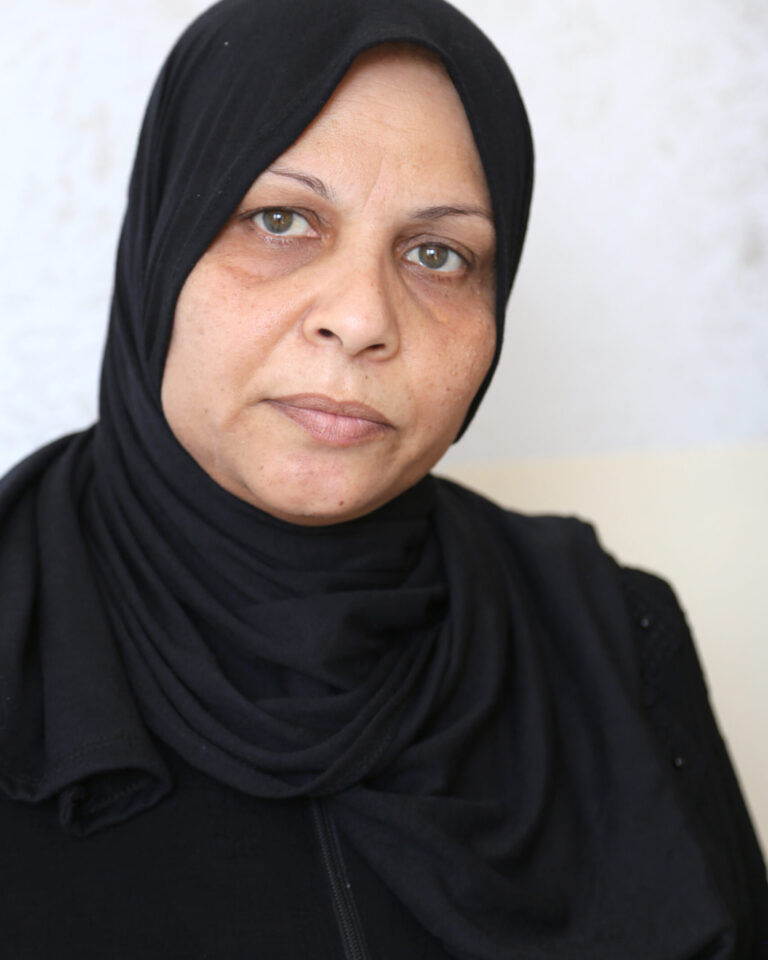 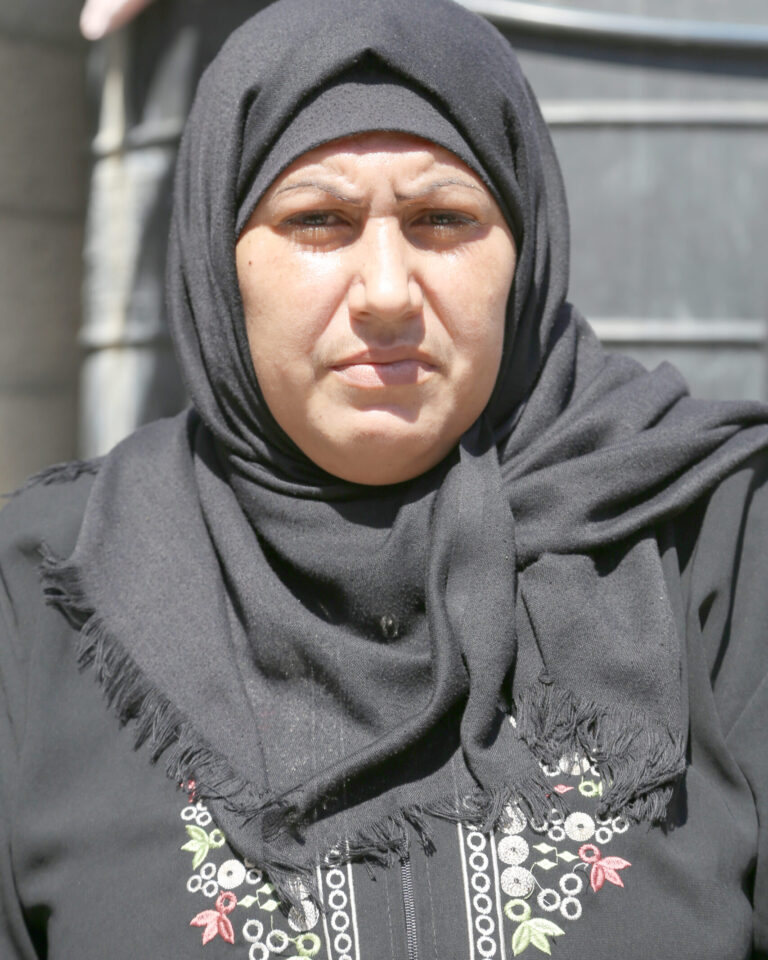 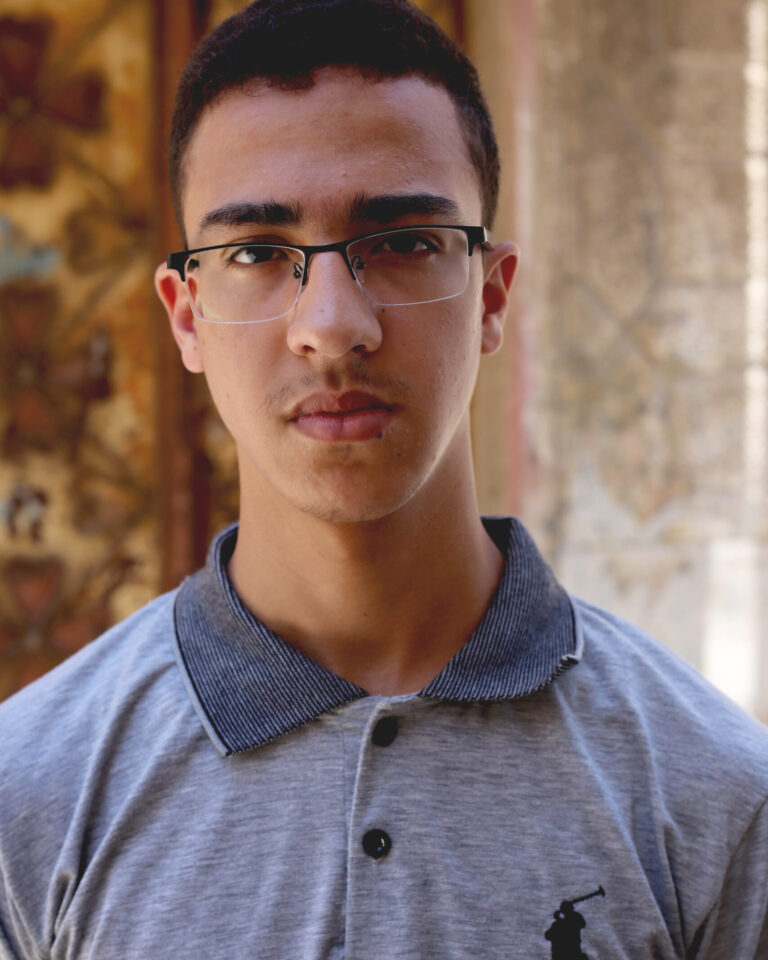 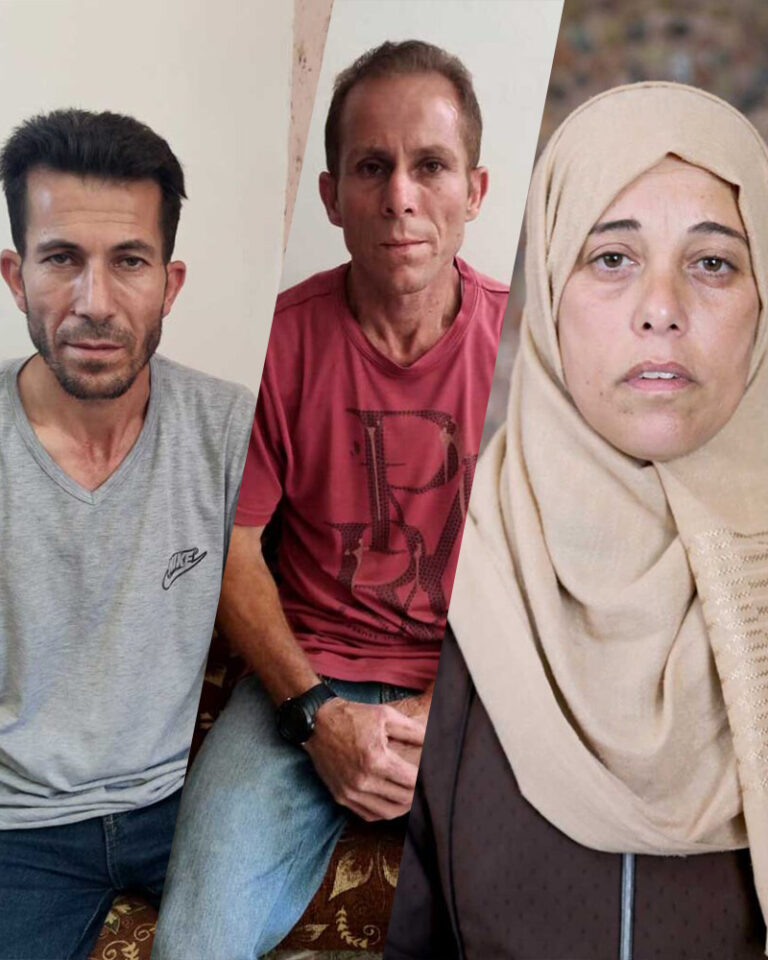